The dinner is a celebration of current accomplishments toward the Turf for the Teams goals and a challenge to our community to continue their amazing efforts! 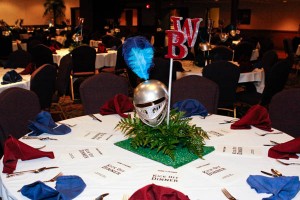 Ozzie Smith is known in baseball as “The Wizard” and the best defensive shortstop of all time. He was a first ballot inductee into the Baseball Hall of Fame in 2002.

Ozzie retired from baseball in 1996 after playing 19 years in the major leagues, the first four years with the San Diego Padres and the final fifteen with the St. Louis Cardinals. His nickname describes the way he played shortstop—he performed magic with his glove and performed in the infield with amazing acrobatic agility.

Other noteworthy baseball accomplishments include:

Ozzie’s charitable endeavors almost always benefit children, and he has spent countless hours assisting various charities in the St. Louis area including the American Heart Association and St. Louis Effort for Aids Dining out for Life program.  Currently, Ozzie serves as President of the Gateway PGA Foundation, an organization that reaches out to inner city youth via mentoring and golf programs. Ozzie also serves as the Education Ambassador for the Baseball Hall of Fame and headlines a fundraiser, “Play Ball with Ozzie Smith” every year in Cooperstown during Induction weekend.

Since retirement from baseball Ozzie succeeded Mel Allen as host of This Week in Baseball, was the color analyst for Cardinal broadcasts in 1997-1999, and served as the baseball analyst for CNNSI, a joint venture between CNN and Sports Illustrated from 1999 to 2002.

Ozzie proudly operated a restaurant in St. Louis, Ozzie’s Restaurant and Sports Bar at Westport Plaza, which closed its doors in October, 2009 after 21 years in business.

In 1998, 1999 and 2001 Ozzie was cast in three theatrical productions at The Municipal Theatre in St. Louis. He had a cameo role in “Damn Yankees” in 1998. In 1999 he sang and tap danced in “The Muny Goes British” a musical revue based on songs from various Broadway musicals, and in 2001 he starred as The Wizard in The Muny’s production of “The Wizard of Oz”.

In 2005, the CD, “Oh Say Can You Sing” was released featuring Ozzie singing the Sam Cooke song, “Cupid”. The CD includes 10 other major league baseball players singing their own versions of popular songs. Proceeds from this project go to the players’ designated charities.

Ozzie has three children and makes St. Louis his home because he feels a deep responsibility to give back to the community that has so enriched his life. 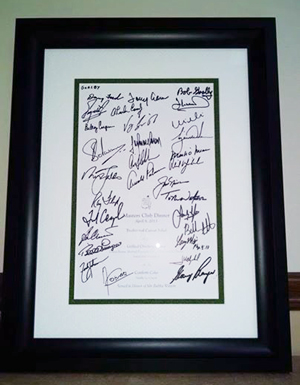